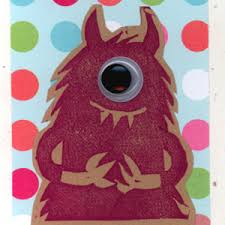 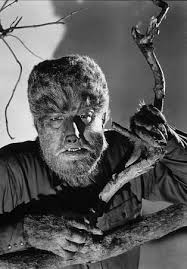 One day I had enough of being afraid of violent things happening to me.  Just because I suffered from Post Traumatic Stress Disorder, that didn’t mean I had to let it run my life.  And in reality, it didn’t.  I still functioned in the world.  Some of the violent fears I had were being afraid of people breaking into my house, or of people (strangers) being in my house when I got there, or hiding under the bed, in the closet, in the shower.  I used to be afraid of being shot at red lights, or in parking lots, just to name a few.  But here again they didn’t necessarily own me, they just took up a lot of soul-space.   I would still enter my house even while being assailed by violent images.  I still took showers (you’ll be glad to know).  I still drove my car, and so on.  So these irrational fears didn’t stop me from living, they just stopped me from living fully.  I see now, while I did suffer from PTSD, some of my bizarre fears were subconsciously designed to get me sufficiently upset so that I would run to my addictions for comfort.

One night, I was home alone and began to get attacked by these types of fears.  Instead of giving into them however, and sliding head-first into a pool of panic-induced sweat, I found myself angry.  I had had enough of playing these violent images over and over in my head.  I got sick and tired of being sick and tired.  They were draining my energy, both creative and physical.  They were causing me to view the whole world as hostile and evil.  They were, as I mentioned, driving me towards my addictions.  In short, they were crowding me out of my own life.

And then this idea struck me that I never had before: create a visualization in which I ask the terror-thoughts to manifest themselves into beings and invite them to the table for a little chat.  I couldn’t believe my mind’s ears, but I did it.  My intuition was fired up.  I began imagining each one of the violent thoughts as being a real person.  I invited the burglar to come in through the window and have a seat at the table.  I asked the weird guy under the bed to come out and join us.  He got up, dusted himself off and stomped to the table.  I went and opened up the closet and shoved away the shirts on hangers to find the skeleton crouched up, like a dead crow.  He crackled and snapped as he rose up, stepped from the clutter, and clicked his way to the dining room.  The guy in the shower shouted: “What’s going on?  Why’s everybody coming out of their spots?”  “Out!” I commanded, “Get out of the shower and into the dining room.  Now.”  He grumbled like a disappointed kid and pouted his way out of the bathroom.  I also invited any stray ghosts, monsters, and all around evil-doers who just happened to be loitering in and around my house.  And they all came, an odd parade of creatures, padding and dragging, and slithering and slimming their way to the table.

When we were all settled I pulled up a chair and said, “Alright guys.  This needs to stop.  What do you want?”

There was an uncomfortable silence among them.  The skeleton guy opened and closed his lower jaw.  The shower guy was using his knife to dig dirt out from under his fingernails.  I winced.  The thieves and monsters sat looking glum, like I had just ruined their party, and in fact, I had.

“Do you want…”—I continued, but was interrupted by the guy from under the bed: “We want to be loved,” he burst out.

“I mean loved, you know, the way you love the happy guys with wings you let hang out with you while you’re praying or sitting cross-legged and doing whatever that is you do.”

“Whatever.  We want you to love us like the radiant ones that live in your heart–those guys.  After all, we can inspire you too.”

I looked at them all for a long time.  They looked down at their feet and began sobbing.  Big glops of snot plopped on the floor from one of the monster’s noses.

“You have a strange way of asking to be loved,” I said.

“It’s the only way we know how,” said the skeleton, who sat wringing his boney fingers.

“Alright,” I said, “here’s the deal, I will learn to love you, all of you, as long as you stop terrorizing my head.”

“Once you start to love us,” said a green-eyed werewolf, “we will automatically stop lurking around trying to scare you.  We’ll want to go to the movies with you and stuff.”

“And there’s one more thing,” said a Boogyman who lived in the basement.

“Once you love us and get to know us, we’ll all want to go home.”

“Yes.  The reason we’re here is because you keep us here, and we’d like to go home.”

“Really?” I said, a bit surprised.

The gathered monsters all agreed.  They said if I could get to know them well enough, see them for what they really are, they would be free to go back into Nothing, which for them is home sweet home.

And at that question the rowdy crowd began cheering and shouting which toppings they wanted, and they never terrorized me again.  I have learned to love them in the same way I would a group of frightened children, and I have even been able to listen to them and let them inspire me to write or sing, and more importantly, I have learned to let them go.  Sometimes I remember them and they poke their heads out from around the corner and wave.  But then I just look up from the ground and blow them a kiss and move on with my day, and they vanish like deer into the mist.

Today I walk freer than ever before, especially after having made amends and gotten right with my fellow human beings.  The world’s a lot less scary when I stop projecting my own misdeeds and judgments.  Once you make restitution for harms done, it’s just a little bit harder to be a complete jerk, and thus there are fewer scary guys hiding in the shadows.

I am presently doing variations on this same process with my doubts and worries.  I have even begun doing this for my positive thoughts.  I creatively visualize myself sitting down to dinner with people I admire: Abraham Lincoln, Martin Luther King Jr., Helen Keller, Emmet Fox, Bill Wilson, and so on.  I pick their brains and ask them questions.  I ask them what they want me to do, and then I do it.  I ask them, in short, how do I honor them and love them?  And they are always eager to tell me how.

How can this type of creative visualization be helpful in helping you follow Your Heart’s Desire?

Tomorrow we will play with the words, “worry,” and “fretting.”  So tune in then.