The following is a light-hearted (yet with deadly serious ramifications—especially in today’s world) look at the fallacy of so-called gender identifiers and the even more illusionary “characteristics” of gender as perceived by people (henceforth referred to as Silly Goose, or SGM for “males;” SGF’s for Silly Goose “females,” (sorry to use the tired binary system—it’s just for the sake of this post); and I will refer to them collectively, as Silly Geese, or SG, for short) who

1). Believe there are only two genders— “male” and “female,”

2). Believe that the only two genders are “opposite,”

3). Believe the two genders can ultimately be defined by genitals and personality traits.

It should be pointed out at the onset that I too am a Silly Goose Female, but of a much more pleasant, fabulous, and glittery variety.

Some of what is said in this little romp are actual statements people have made to me (henceforth referred to as Fabulous Unicorn Glitter Rainbow Queen, or FUGRQ for short) while trying to disprove my existence a transwoman.

Please note: any information herein is meant to be humorously educational and if it offends may you be nibbled to death by gazelles.  And now back to the exchange.

SGF: How do you know you’re female?

FUGRQ: How so you know you’re female?

SGF: I asked you first.

FURGQ: And the first shall be last.  We’ll get to my answer later.

SGF: There are clear-God-ordained differences between males and females.

FUGRQ: That’s an opinion, but back to my question.

[Please note I am not going to use quotation marks around words like, “male,” “female,”” tough,” or “womanly,” for the remainder of this post. I realize I just did, but that was purely for example’s sake. The overuse of quotation marks dampens their otherwise enormous powers of making sure you understand what I “actually” mean.  I have the fullest confidence that your brain will automatically insert quotation marks around the words that need them, thus saving me from having to hit “shift,” before hitting the quotation mark key. Damn.]

SGF: Well, I feel nurturing as a female.

FUGRQ: Have you ever met, seen, or interacted with a nurturing male?

FUGRQ: Then the quality of being nurturing is a genderless quality?

FUGRQ: Ever heard of Mr. Rogers? Or, Bob Ross, or, say: Jimmy Stewart?

SGF: There are exceptions, yes.

FUGRQ: Those exceptions are actually proof that being nurturing is a genderless quality, and thus cannot define gender.  Give me another example.

FURGQ: Ever heard of Cal Ripken, Lou Gehrig, Jon Stewart, Abraham Lincoln?  They all cried, as did many a Philadelphia male when the Eagles won the Superbowl.

SGF: As I said, there are exceptions—some males are more sensitive than others.

FURGQ: Those exceptions are actually proof that being emotional, or crying easily, is a genderless quality and thus cannot define gender.

Here is a conversation between an SGM and myself:

SGM: How do you know you’re female?

FUGRQ: How do you know you’re male? What is your inner experience of that like?

SGM: [unable to keep chest puffed out more than a few seconds, it sinks back to regular chest settings]: Well, I’m a protector of children.

FUGRQ: Ever heard how mother bears protect her cubs, or how Sojourner Truth or Mother Theresa protected children, or how Pink protects her children?

SGM: Well, there are exceptions to the rule.

FUGRQ: Rule?  You’ve just seen that being protective is a genderless quality.

FURGQ: Well, what about the aforementioned mother bear, or the likes of Kathrine Switzer, Venus and Serena Williams, Rosa Parks?

SGM: As I said, there are exceptions to the rule [chest sinks back in].

FURGQ: It boils down to toughness—physically and mentally—is a genderless quality, and therefore cannot define gender.

FURGQ: So then, what is the actual difference between males and females?

SG: Here’s proof of the difference between males and females you can’t dispute—males have a penis and release sperm and woman have a vagina and release eggs.

FURGQ: So, it comes down to body parts?

FURGQ: What about sterile males and infertile females are they still males and females?

SG: Those are disorders.

FURGQ: But you still consider them as defining characteristics of male and female?

FURGQ: So, then, ultimately bodily functions can’t define gender. What about intersex people or the so-called-not-really-used-anymore-word: hermaphrodites?

SG: Again, there are exceptions that are considered disorders.

FURGQ: Hmm. What if a male loses his penis in a horrible accident or a woman has her vulva damaged in some way? Is the male still male or the female still female?

FURGQ: I’ll give you that both sperm and egg are required to make little humans, but those ingredients can produce both little male and females, isn’t that interesting? And just because sperm come from one type of body and eggs from another doesn’t actually make two genders—it makes differently made bodies.  Both have arms, legs, eyeballs, ears, toes, and so on.  You’re saying the ONLY body parts that define males and females are genitals and their bodily functions?

FURGQ: OK, well, we’ve seen that either body can have different genitals, so, when it comes down to it, bodies don’t explain the inner experience or the feeling of being male or female. Despite bodily varieties there is no actual way to define what it feels like to be male or female.

FURGQ: And so, you go around KNOWING you’re males and females because you’re constantly—so-to-speak—feeling your genitals?

SG [looking at one another then turning back to me]: No, not necessarily.

FURGQ: So, genitals do not make you experience on a soul-level-a consciousness level, that you’re male or female?

SG: We suppose not, but still…

SG: Feelings and inner experiences are subjective and not necessarily true.

FURGQ: Really, so your inner experiences don’t count either?

FURGQ: Ah, I wondered when that book would eek into the conversation. There’s no way for me to really argue with people who believe that one book—out of the gazillion books ever written—is the whole truth and nothing but the truth despite science, and verses like Isiah 53: 3-5 where God says eunuchs shall be given names greater than men or woman? Or how Jesus treated everyone as if their gender didn’t matter in the least?

FURGQ: Ah.  What about Jeremiah 1:5?  If you deny an infinite variety of bodies exist, then God must make mistakes.  You must believe people born blind or short or tall or deaf are mistakes.

FURGQ: I prefer the term, “differently born,” because that includes everyone—since we’re all born with different bodies.  But aren’t those genetic issues ordained by Divine Providence?

SG: Now we’re getting into theological debate, and there’s no sense in that.

FURGQ: Agreed. Disputing the Bible’s so-called infallibility is futile, not because it’s right, but because your minds are indoctrinated with what you believe to be true, and everyone knows that beliefs aren’t facts.

FURGQ: As I said, there’s no way I can argue with your ingrained beliefs, I shouldn’t have tried, so let’s return to the human body, which you so ardently believe defines a particular gender.

FURGQ: On the contrary , there are females with beards and facial hair of varying amounts, plus most other mammals, like the afore-aforementioned bear–no-matter what genitals it is born with–have hair (well, fur).  So then, body hair is a genderless quality and can’t define gender.  And by the way, I wouldn’t go around asking bears to spread their legs so you can think you’ve decided what gender they are based on what you find.

SG: OK, fine, but what about the male’s deep voices or adam’s apples?

FURGQ: What about Mae West, Kathleen Turner, Angelina Jolie? They have deep voices.

SG: There are exceptions too.

FURGQ: At the end of the day, the sound and timber of someone’s voice does not define male and female. And as far as the adam’s apple, anyone can have one.  Just because some bodies have bigger ones than others doesn’t make theirs’ male and the other female. Sandra Bullock, Meg Ryan, and Halle Berry can all be said to have large adam’s apples.

FURGQ: We’ve already seen that body parts do not define gender itself—they may be associated with bodily functions and made-made words—but those words and functions referring to various body parts don’t define gender.  It’s what’s inside that counts—the inner experience or feeling of being the gender you know yourself to be.  So, I will ask my original question: What is your inner experience of being a particular gender—not reliant on the outer forms of the body?  What does it feel like to be who you are?

FURGQ: And that’s my answer to your original question. I told you we’d get to it eventually.

SG: Whatever.  We won this little debate [the SG’s walk away with their chests puffed out and their chins pointed high].

“Love your neighbor as yourself,” I call out as they strut away, but they are too far out of range to hear, which would be the case no matter the distance from where we stood. 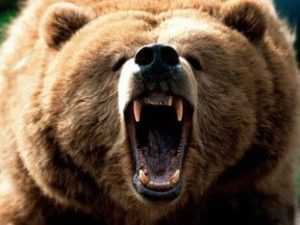 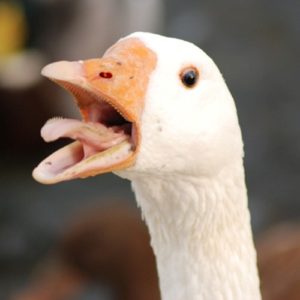