The Further Enchanted Adventures of
Thought and Feeling 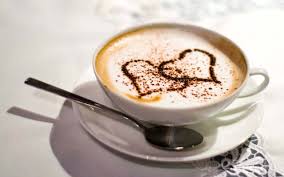 One day as
Thought and Feeling were sitting in the garden sipping their morning coffee,
they began debating about who was older.

“Oh, I am
definitely older than you,” said Thought, “after all, the Creator spoke things
into existence, and words are thoughts expressed into language.”

“Yes,” said
Feeling, “but the Creatrix was the one moving on the face of the deep which
gave the Creator the inspiration to speak.”

Thought pondered
this for a long time and then said, “Yes, but the face of the deep was the
Creator’s mind, and so you could say, I am older.”

“I think the
Creatrix actually sung things into existence,” said Feeling, “and since music
came before speaking, then I’m older.”

“There’s no
proof music came before speaking.  No
dear, if you examine things rationally for just a moment, it only makes sense
that I am the older one.”

“Darling,”
said Feeling setting her coffee cup on the table and then rising to her feet.

“Darling,”
she continued, “do you realize how mysterious the exchange we just had is?”

“It’s funny,”
she said, “to make stories up about ourselves and to not realize they’re really
about us for so many years.”

“That is
kind of funny,” said Thought, “now why do you suppose we would do a thing like
that?”

“We like to
play,” said Feeling rubbing Thought’s shoulders.

Feeling sat
back down and took a sip from her coffee and then smiled slyly.  “Let’s play some more.”

“Good idea,”
said Thought, “Let’s make up a story where you are the beginning and I am the
end and then let’s act that out for a few centuries and then switch parts.”

And so
Thought and Feeling acted out stories that they made up as they went
along.  You can find detailed
transcriptions of their stories in the poetry, mythology, religion, and
psychology sections of your local library.
Some of the stories were so inspiring that they were made into entire
histories and these can obviously be found in the history section.  A few of the more humorous ones are sprinkled
in the science section.  Some of their
stories changed over time to suit the particular bias of the teller and these
can be found in the fiction section, although we all know deep down that the
word “fiction” is a fiction, and is, in fact, actually related to an old word
meaning “dough,” as in bread dough.  So
you can find some of Feeling and Thought’s most savory stories in the cooking
section.  The couple of stories that fell
flat can be found in the politics section.
But the best stories of all, the ones told year after year, can be found
in the children’s section, and most particularly in the fairy tales.

After many
years making up stories and acting them out, Thought finally said, “You know, a
long time ago we began the day debating who was born first—you or me.  And since neither of us remembers being born or
has any recollection of their respective parents then we will have to agree
that the question cannot be answered.”

“Very
logical,” said Feeling, “and I can take it a step further: perhaps in some
cosmic and mysterious way we gave birth to one another at the exact same
moment.”

“That’s far
out,” said Thought, “I can’t even wrap my mind around that one.”

Feeling was
very pleased with herself for having baffled her partner.  But then he said: “How does it feel to not
know where we came from or how we got here?”

Thought gave
her a few moments, and then said, “Baffled?”

“Yes,”
Feeling admitted, “and I’m not sure I like being baffled.”

“Oh,” said
Thought comfortingly, “you just haven’t searched long enough yet.  Your feelings will surface when you’re ready
to embrace them.”

“Yes,” she
said, “I think you’re right.  And I
suppose the more you ponder the idea about us arising together and giving birth
to one another long enough you too will discover words to cloth your thoughts
about this mystery.”

“Thank you,”
said Thought, “let’s help each other.”
And he offered her his hand.  She
accepted and rose and walked with him through the garden, into their palace,
and then back into bed to make up more stories.