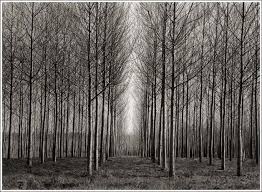 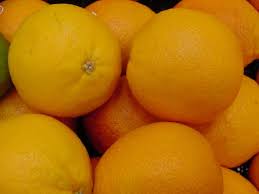 When I was a Waldorf teacher, I taught the simple, yet profound concept of straight and curved on the first day of first grade.  It was one of the most meaningful things I’ve ever been blessed to teach.  Prior to teaching it I had never given the idea a conscious thought, but as I studied it the summer before school started, I marveled at the yin and yang of it all.  In a nut shell, the concept of straight and curved is that everything, no matter what you see, is made up of either straight lines or curved, or a combination thereof.

On that first day of school I expressed this truth in a little story about a boy and a girl looking for the Great Secret of Beauty.  In the story they wandered together down straight paths and crooked paths.  They ate juicy, round oranges underneath tall, straight trees.  He walked with a stout staff while she rolled a hoop along as she went.  Along the way they met characters who were unyielding and harsh and others whose hearts were soft as down.  They stretched out to rest on park benches and they also sat in the curved boughs of an oak tree.  They learned things that were true and that would never change—things that might even sting a little, but were true and helpful nonetheless.  They learned about the curved grace of mercy as it wrapped the soft cloak of relief around their little shoulders, giving them a cool, shady place to eat when their journey seemed so long.  They had butterflies land on their arms and they noticed the butterflies had straight, black bodies combined with elegantly curved and colorful wings.  They experienced the straight beams of the sun and the soft glow of the moon.

Eventually I finished the story and laid out the Great Secret of Beauty by drawing on the board one straight line that descended  from heaven, so to speak, down to the earth, and then, next to it, a curved line—sort of like a wide “C.”

Then I asked, “Boys and girls, can you find anything straight in this room or anything curved?”  The students excitedly ran around the room pointing out everything they could find that was straight—the door, the desks, the black board, the ceiling tiles, the lights, their pencils, the squares on the floor tiles.
Looking for the curved things was a little more challenging, but they did it, and the more curved things they found the easier it was to discover others. They pointed out that the wind made the curtains on the window look curved, they pointed to the bell on my desk that was shaped like a little, rotund lady, they found the round candle I had next to the straight one.  They pointed to the round faces of the sunflowers in a vase by the front of the room.  They noticed that the letters of the alphabet and even the numbers above the board were made of combinations of straight and curved lines.  They were a smart bunch.

Then I asked them to stand still and think of their own bodies.  “Anything straight or curved there?” I asked.  They had fun with that one—the soft curve of their little ears, their straight, yet pudgy fingers, their wide, round eyes, and their little, straight legs.  They even realized their mouths could be both.  I told them that was because they could speak the Truth and they could also speak the language of the Heart—Love and kindness.

Over the next few years, I would refer back to this first lesson and keep deepening it.  We expanded on the ideas of Truth having the gesture of straightness—forwardness, directness—it doesn’t deviate or compromise.  The gestures of Love and Mercy were curved somehow, as were the times we did need to compromise.  They learned that sometimes I would give them hard, unyielding directions, and other times my answers and responses were soft.

2 thoughts on “The Great Secret of Beauty”