You Are Not the Enemy 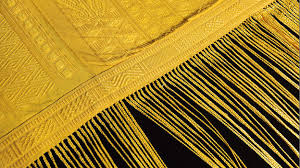 In the path
I was initiated in 25 years ago you were considered the enemy.  You and everyone else I loved or who loved
me.  You were part of the reason I was
stuck in this wheel of creation, and the more intertwined our connections, the
closer our relationships, the more destructive you were to my spiritual walk.  This world was an evil place.  This body just a bag carrying a soul.  Everything and everyone was a piece of Kal’s
(their word for devil) handiwork meant to keep me trapped in this world of
endless suffering and rebirth.

When I first
began studying this path I was 15.  Back
then it made perfect sense.  The world
was a horrible place.  I had already lived
through abuse.  I felt no love for
anyone. Everything only and always and everywhere ended up in misery and death,
so why not take active steps to get out of here?  I applied for early initiation and was
refused with a personal letter from the guru.
“You are too young, but take heart, the Lord never forsakes his sheep.”  Disappointed as I was, I had hope that when I
turned 21 (the appointed time one could be initiated) I would be accepted into
the fold.

My hopes proved
true as I mentioned above.  I drove to a
YMCA in Chicago where one of the Master’s North American representatives was to
appear, and I learned the secret form of meditation.  I learned the secret mantra and the secret
meditation position.  I also learned
meditation was a rehearsal for death.  “Die
daily,” they said, “so when you really do die, it will be just like removing a
jacket and putting on another.”  Every time
I sat in meditation, I was readying myself to die.  In fact, not only was I like a spiritual
end-of-the-world-prepper, every time I settled into meditation, I was hoping
the chord to this earthly body would be severed as I repeated the holy
words.  I literally hoped I would die.  My meditation was a sanctioned form of suicide.

I did this
for years.  For years I consciously
decided I could not get close to people.
The closer I got the worse our karmic entanglements, the more lifetimes
I would have to suffer.  So I stayed
distant.  I fulfilled my worldly
obligations with as much grace as I could muster.  That’s what you were: you were a karmic
obligation of which I should remain as unattached to as possible.  You were my duty.  And if I became too involved with you and our
relationship began to interfere with my meditation, the Master would take you
away.  I was assured one satsang that
Master would “destroy my life to get me to meditate.”

That’s the
way it was.  And yet somewhere inside I
rebelled against their beliefs.  I loved
the Master with a deep and unexplainable sense of devotion, but their system of
beliefs began to make less and less sense to me, and I strayed farther and
farther away from them.

So here I am
today—kirtan leader, EFT practitioner, writer, teacher.  I have many wonderful connections with many
wonderful people all over the world, including you.  I love my family and friends.  I love my body and I love this life.  And yet when the darkness comes—the depression
and the doubts creep in about my dreams, I feel a sickening pull to pick up
those old books from that old religion and lose myself in them.  I find the mantra swimming around in my head
and on my lips.  “They were right,” I
sigh, and prepare to meditate.  There is
a perverse comfort there, like an old, worn out drug that I know will still
work if I just tried it one last time.

Then I
remember you.  I remember the songs that
flow through me.  I remember the joy I
receive from singing, writing, teaching, helping others, and damned if I don’t
sell my soul again.  I jump freely into
the web and with wild abandon allow myself to get all tangled up in you, in the
beauty, in the hope, in the desire to sing for millions.

Over the
years I have needed therapy to get the hooks of that old path out of my system,
and I see today, that it hasn’t fully been removed.  Its oppressive weight has been lifted, as
evidenced by how I live my life, but inside, it lurks in the shadows, as the
grief and torment from the childhood abuse does, like a hungry animal.

People
sometimes chuckle when they hear I do all this music, EFT, self-helpy,
inspirational stuff to keep myself going, to help myself heal.  But that’s the truth.  My depression and psycho-emotional DNA are
steeped in darkness and a gnawing compulsion to be alone.  Yet I have found ways that I love to keep
myself going that also inspire, entertain, and uplift others.  As I heal, you heal.  As you heal, I heal.  It is not so much a web as a tapestry woven
with golden threads, a song knitted together with notes of silver harmony, a
vast network of hands all joined to help carry the other.

So here I
am, fresh off a bout of the flu and a bout of the darkness.  And I will not, no matter how strong the doubts
or how great the pain, stop singing.